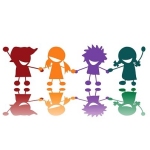 Children in Jehovah’s Witness families can have a different perspective on life to children in most other families. Whilst their school friends are happy to celebrate such times as birthdays and christmas, Jehovah’s Witness children are taught to avoid such activities.

Whilst this may protect them for having too much jelly and ice cream or the effects of being spoilt with too many presents, there are much more serious areas where child protection comes into play, matters than can involve life or death.

Whilst Witness children miss out on a ‘normal’ childhood due to being excluded from normal activities, there are many children who were brought up in Jehovah’s Witness families that have had their actual childhood taken from them. This is due to suffering from sexual abuse. This is not unique to Jehovah’s Witnesses, however the environment created within the organisation allows a place for paedophiles to carry on their depraved activities ‘under the radar’.

Of concern in particular are:

Sadly too many children have suffered over the years due to Jehovah’s Witnesses wanting to protect the name of their god and the names of the abusers, whilst leaving innocent children unprotected.

During the IICSA in England the Child protection in religious organisations investigation reported:

“The Jehovah’s Witnesses are one of few religious organisations which have an internal disciplinary process which can lead to the expulsion of members. The internal disciplinary processes of the Jehovah’s Witnesses continue to use a rule of corroborative evidence known outside the community as ‘the two-witness rule’, whereby in the absence of a confession the evidence of two material witnesses is required to establish an allegation, which can then lead to disfellowship for the purposes of internal discipline. The rule is not intended to be a safeguarding measure. Nevertheless, it has no place in any response to child sexual abuse and fails to reflect the reality that by its very nature child sexual abuse is most often perpetrated in the absence of witnesses. The rule’s capacity to cause harm to victims and survivors of child sexual abuse is clear. We have received first-hand evidence of this harm. As it presently operates, the Jehovah’s Witnesses internal disciplinary process for disfellowshipping members bears no relationship to how sexual crime happens. The continuing use of this rule shows a disregard of the seriousness of the crimes involved and their impact on individuals. It also lacks compassion for the victim, and serves to protect the perpetrator.”
– You can view this here at section 25

Very little needs to be said on this subject, basically Jehovah’s Witness parents will allow their child to die if doctors believe a blood transfusion is the only hope to save their life. Children are taught this too and believe it is the right thing to do, despite the doctrine having faulty logic. Click here for more information on the blood doctrine.

Children are taught about conditional love, they are allowed to love their family members so long as they obey Jehovah God, if they disobey or no longer believe in some or all of the teachings of Jehovah’s Witnesses they will see such family members being shunned by ‘true christians’.