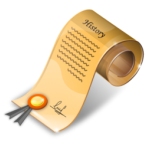 As time goes by the past becomes more hazy, however it is good to take a look at the origins of Jehovah’s Witnesses, and see how they stand up under scrutiny, especially when they make claims of being appointed by God at certain stages.

Most will acknowledge Charles Taze Russell as the founder of the religion known today as Jehovah’s Witnesses. There is a lot of historical events that have taken place since it’s inception, here is a brief overview of it’s start:

The above is the ‘in a nut shell’ version, the countless business interests, court cases etc. are all well documented, you can find link to these in the resources section.

Recent history shows numerous changes, put down to ‘new light’, much of which can be found online

Click here to read about some of the failed prophecies